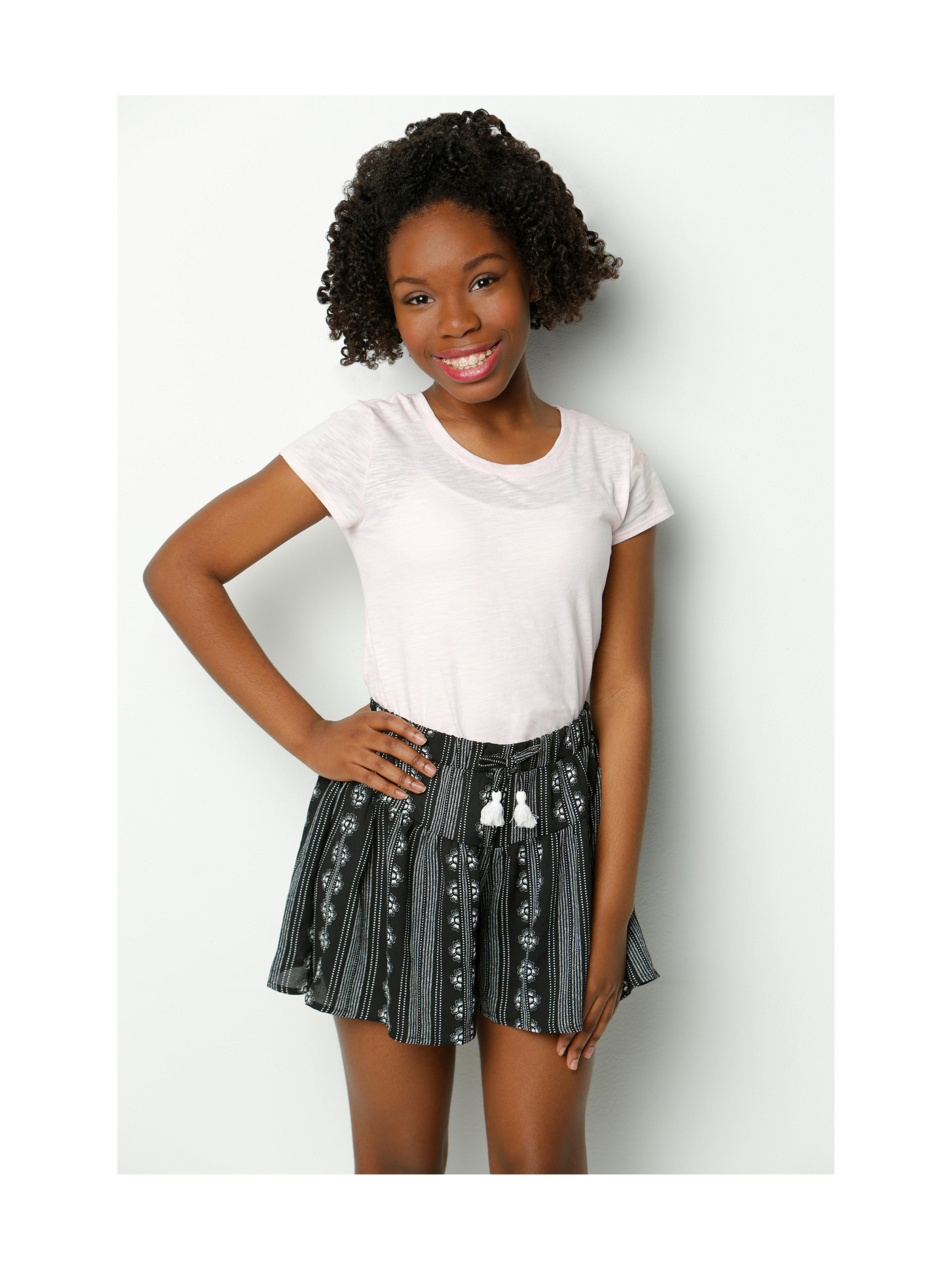 Kamryn Johnson is an actress and “teenpreneur” from Houston, TX. She is also an author and international speaker. Since the age of 3, Kamryn has performed in public speaking events, commercials, runway, print, theater, and various films. Her passion for the arts has been the driving force behind her successful career! Most recently, Kamryn starred as the daughter of award winning actress, Octavia Spencer, in the Oscar nominated film “Hidden Figures” She’s also shared the screen with influential actresses such as Jordin Sparks in “Left Behind” and Queen Latifah in “Bessie” to name a few. In 2015, she, along with her business partner and friend Saniya, formed their own children empowerment network, “Kam & Niya”. In just a year, the dynamic duo wrote, illustrated, and published their own children’s story cookbook, titled “Cooking In Style” (available on Amazon and Barnes and Noble.com.) They were also guest correspondents each Monday for Black History Month on the Emmy nominated daytime talk show, The Real. On her 13th birthday, Kamryn launched into her teens with her own luxury fashion line, KamKouture by Kamryn Johnson. Not only is Kamryn focused on nurturing her talent while building an empire, but she excels academically, and has a strong love for God. Kamryn devotes her personal time to helping others and Houston’s homeless. She strongly believes that you’re never too young or too old to live your dreams. This drives her to motivate others to be confident and courageous in their pursuit.